Objectives: Colon cancer emerges as a serious health problem in both men and women. Cancers in the colon have different genotypes and phenotypes according to the anatomical region. Tumors in ascending colon are usually diagnosed later, but it is more malignant than the descending and transverse colon, and the survival rates of patients are lower than other regions. The purpose of this study was to determine significantly high or low expressed genes in the ascending colon tumors by comparing all genome information obtained from cancer samples of ascending, transverse and descending colon. In concordance with all this information, another aim of the study was to identify the pathways to which the genes obtained from the colon in the large intestine and to determine their relationship with each other and to correlate them with the characteristics of cancer. Methods: Gene expression values for three subtypes of colon cancer as ascending, transverse, and descending were obtained from GEO (Gene Expression Omnibus) (GSE41258). Data included a total of 47 ascending, 18 transverse and 31 descending colon cancer patient samples. Linear regression analysis was performed to determine differentially expressed genes. Gene Cluster 3.0 was used in order to cluster the genes hierarchically. In addition to linear regression and hierarchical clustering, network analysis with multivariable genes was performed in Cytoscape application 3.8.2 using GeneMANIA. GSEA 4.1.0 (Gene Set Enrichment Analysis) was performed to understand the different genes among the specified groups. Results: As a result of these analyses, it was determined that there were 85 genes with high expression and 139 genes with low expression in the ascending colon tumor samples. It has been shown that these genes can differentiate tumor samples in the ascending colon better than tumor samples in other colon regions. Conclusion: Our findings are important for understanding the genome of ascending colon tumors; if these findings are confirmed in vitro and clinically, it may have potential to be revealed that the identified genes also have biomarker properties for tumors in the ascending colon. 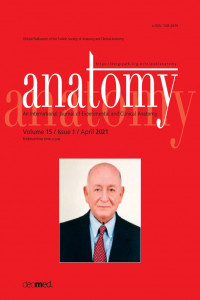 Anatomy is the official journal of Turkish Society of Anatomy and Clinical Anatomy (TSACA).