Recycling of Rose Wastes to Activated Carbon with Ecologıcal Precursor

Nowadays environmental damage of heavy metals is increasing and that becomes a big problem for human and human health. Especially after the industrial revolution, increasing of production and consumption materials, adversely affect the environment. Among all the pollutions, heavy metal is an important part. Because they are toxic or poisonous even at low concentration. The most widely used process is activated carbon adsorption for heavy metal adsorption from wastewater. Activated carbon can produce from carbon containing substances. Turkey is an important rose oil producer of the world and every year over 12 000 tons of rose processing wastes produced. In this study, activated carbon was obtained from rose crops of rose oil factories. There are some activation methods for increasing surface area of the carbon. In this study, potassium chlorate (KClO3) was used for increasing carbons surface area. KClO3 never used before for activation. The thermal decomposition of KClO3 (potassium chlorate) generates KCl and O2 gas. Effects of O2 gas outlet on the pore size of activated carbon were studied. The surface characterization was examined with Brunauer-Emmett-Teller (BET) analysis and Pb+2 adsorption capacity of obtaining activated carbon was determined by inductively coupled plasma optical emission spectrometry (ICP OES) analysis. 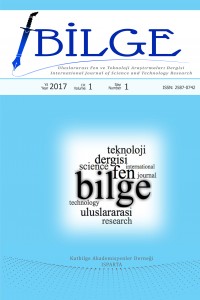