The aim of this work was the characterization of four plant-based milks: oat, almond, hemp, and quinoa’s milk. The nutritional composition of each milk, as well as its physico-chemical characteristics, microbiologic stability, and antioxidant potential, were determined in order to investigate the effect of the first ingredient on the overall quality of the plant-based milk. Finally, a hedonic sensory analysis was conducted in order to determine the acceptability of these products. In terms of nutritional value, obtained results highlighted that oat’s milk has the highest carbohydrate, protein and fiber contents (23g/100ml, 5g/100ml and 3g/100ml, respectively). However, hemp’s milk has the highest fat and calcium content (7g/100ml and 37.5 mg/ 100 ml, respectively). The pH of tested plant-based milk, were all similar and close to neutrality. The WI values found were 21.46 for almond’s milk, 9.48 for oat’s milk, 34.97 for hemp’s milk, and 0.1 for quinoa’s milk. The antioxidant capacity assessment demonstrated that tested plant-based milk have an interesting potential. Measured inhibition capacities ranged from 78.34 % (quinoa’s milk) to 63.14 % (oat’s milk), and their total polyphenol content ranged from 0.310 mg EAG/g DM (oat’s milk) to 0.836 mg EAG/g DM (quinoa’s milk). The microbial stability results showed that quinoa’s milk had the best bacterial stability, with a maximum denomination of 56 *104 UFC/ml for the first 8 days of storage, while almond and oat’s milks had better fungal stability and were free of contaminants up to the eighth day of storage. During the hedonic sensory analysis, the almond’s milk was the most appreciated by the panelist. Gathered results suggest that plant-based milks are high in nutrients and phenolic compounds, and they deserve to be considered as “healthy aliment”. 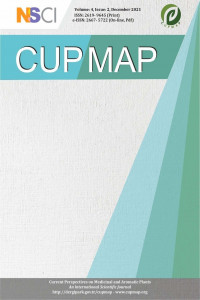