INVESTIGATION OF THE EFFECT OF HEATING RAMPING RATE ON Cu(In, Ga)Te2 THIN FILMS

Cu(In,Ga)Te2 (CIGT) thin films were grown using a two-stage method. In the first stage, (Cu, In, Ga) precursor layers were grown on Mo coated flexible stainless steel substrates using the electro-deposition method. NaF and Te layers were grown on metallic precursor layers using electron beam evaporation method. In the second stage, the foil/Mo/(Cu, In, Ga)/NaF/Te stacks were reacted at 600°C for 5 minutes by rapid thermal processing. The temperature ramping rates in this procedure were 0.5°C/sec, 1°C/sec, 5°C/sec and 10°C/sec. In order to investigate the effect of temperature ramping rate on the structural properties of CIGT thin films, XRD, Raman, SEM and EDS measurements were performed. Regardless of the ramping rates, it was determined that all samples crystallized in chalcopyrite structure. According to the Raman spectra, as the ramping rate increased, position of the A1 mode completely changed and shifted from 127 cm-1 to 135 cm-1 due to bond-stretching forces between the nearest-neighbor atoms. It was concluded that CIGT thin film reacted with a ramping rate of 5°C/sec had superior properties compared to other samples. 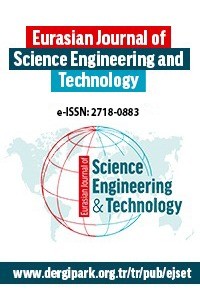