The ways of producing light with lighting equipment used in agricultural practice are different from each other. Therefore, each method of production generates light with different physical properties. This creates different effects on plants and living creatures. In this study, the effect of light produced by commonly used methods such as incandescence, electric discharge and electroluminescence on T. aestivum L. (wheat) and H. vulgare L. (barley) were analysed. For this purpose, different lighting environments where sources of light with LED, incandescence, sodium vapour, mercury vapour and metal halide discharge were used were created, and all variables except for the sources of light were kept the same. Wheat and barley were grown in these environments, and after the growth and harvesting processes had been completed, wet weight values, linear measurements, amounts of electrolyte leakage, chlorophyll, carotene, SOD (superoxide dismutase) and (CAT) Catalase enzyme activities were determined. Differences between the plants grown under the light parameters were determined by evaluating the data with SPSS. There were statistically significant differences between the data obtained from wheat and barley grown under different lamps. 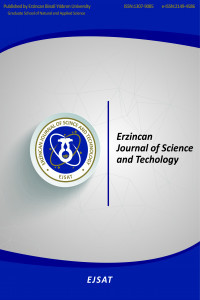