Spatial Usage and Qualifications of Outdoor Recreation Areas in Primary Schools: A Case Study From Üsküdar

The education system in Turkey has shown many changes over the years. Curriculum applied, examination system, schools' identity change very often; however, our educational structures are not always able to respond to these changes. As a result of the lack of space, apart from the classrooms, the units used by students in some schools are restricted thus the number of classrooms is increased as a solution. This situation leads to higher-rise buildings and less open spaces used by more students. As a result of the observations and researches carried out in the schools, it has been noticed that the places used for breaks have architectural disadvantages as well as inadequacies. The study has been handled within the framework of this outcome. In this study, it is aimed to analyze the planning and design criteria of primary school gardens in terms of national, international and academic standards, and to determine their proficiency levels. One of the points that are considered to be incomplete in the literature in this regard is the scarcity of studies on primary school gardens in Istanbul, which has the greatest urbanization problem in our country as being the most populous city of Turkey.  In this direction, the study aimed to contribute to the literature by examining the public primary schools in Üsküdar district of Istanbul. In the field study, quantitative and qualitative research methods were used together. Following the supply of the project drawings of the schools, on-site observation and sketch studies were carried out on different days and hours. As a result of the study, the current situation and deficiencies in school gardens were identified. 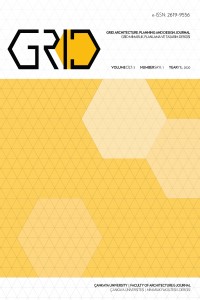