Investigation of The Effects of Brain Waves on Depression

The purpose of this study was examined on the examination of the depression of brain waves. Pretest-posttest control group research design (ÖSKD). The universe of the research is for individuals diagnosed with depression in a private hospital in Istanbul. According to the hospital records, n = N t2 p q / d2 (N-1) + t2p formula is used to determine the sample size that will represent the universe from individuals diagnosed with depression. 60 individuals work as samples. Personal Information Form and Beck Depression Scale were used, in which participants' depression values were measured. This scale is implemented by Beck. The scale is a 4-point Likert type self-rating scale. You can check SPSS (Statistical Package for Social Sciences) 25.0 program for Windows. While evaluating the findings of the research, examine the descriptive colors (Number, Percentage, Average, Standard deviation). Comparing the two groups when evaluating the results of the quantification findings T-test, comparing more than two groups One-way (Oneway) Anova test. The applications made for the brain waves caused changes in the brain waves and were made at the depression levels of the participants. 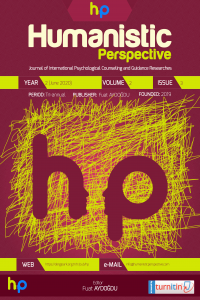