The living spaces formed in the historical process create the architectural character by reaching diversity with human and environmental factors. Traditional houses, one of the most important examples of historical, cultural and structural heritage, are also affected by these factors and and completed its formation in line with various needs until today. At this point, user requirements; it reflects on the space in the residence and shapes the space. Within the scope of this study, which examines the effect of user needs on traditional housing formation, traditional houses of various regions in Turkey were discussed. Through the planning of these residences, spatial types and functional setups depending on user needs are read. The study consists of 3 stages. In the first stage, the conceptual infrastructure has been created. In the second stage, the visual and plans of 9 houses, which reflect the traditional housing typology of that region, were obtained from the literature. In the third and last stage of the study; The plan schemes of the selected 9 residences are created by the user needs; It has been examined over its units that differ on physical and psychosocial needs. In this direction, it is seen that the needs of the users are effective in the formation of the house, thus creating differences in the variety of space and usage and their organization. 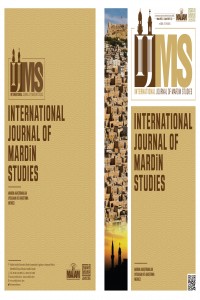