Ethnobotanical use of Stachys L. (Lamiaceae) taxa in Turkey

The purpose of this study was to determine the ethnobotanical features of taxa belonging to the genus Stachys L. in Turkish Flora. Their vernacular names and local usages patterns have been determined. To determine the ethnobotanical uses of Stachys L. taxa; ethnobotanical studies made in Turkey have examined. Also, the field study carried out in different regions in Turkey. The ethnobotanical use of 38 Stachys L. taxa (29 species) has been identified in Turkey. The first 2 species that are used most: S. lavandulifolia and S. cretica. They are used 59 different of the vernacular names for Stachys L. taxa in Turkey, They are mostly known in Anatolia as “Dağ çayı”. Also ‘’Bareş’’, ‘‘Çaye çe’’, ‘Rıhena tehtan’ and ‘‘Tokalı çay’’ are among the names given. Stachys L. species are generally consumed as a herbal tea for medicinal in Turkey. Besides, they are used for as powder for animal disease, gargle for sore throat and handkerchief and hair accessories (both from leaves) for children. In terms of food as a spice, only the S. mardinensis species was observed. Stachys L. taxa have been revealed that they are being used in the treatment of about 40 different diseases and symptoms. Top diseases and symptoms treated with Stachys L. taxa: stomathic, cold, cough and diabetes. The most used parts of the plants are listed aerial parts and leaves. 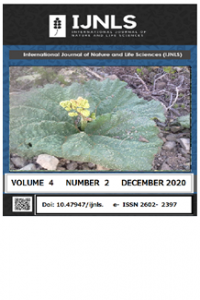