In the present study, a total 110 (60 cheese and 50 cows’ raw milk) samples was analyzed for CPS according to Food Drug Administration (FDA, 2001) previously. After the isolation, to confirmation of the isolates, catalase test, microscopic examination, coagulase test in tube and glucose-mannitol fermentation tests were applied. After the tests, we obtained 97 CPS isolates. The 97 CPS isolates were used as a material. For the confirmation of the isolates being Staphylococci species, 16S rRNA was detected by using PCR assay. For the detection of the CPS isolates being S. aureus, nuc gene detected in the CPS isolates using PCR assay. To determination of the staphylococcal enterotoxin, PCR assay was applied. The 16 S rRNA was detected in a total 97 (35 milk origin and 62 cheese origin) isolates. Therefore, these isolates were evaluated as coagulase-positive staphylococci (CPS).  The nuc gene was detected in 50 out of 97 CPS isolates. So, the 50 (18 cheese origin and 32 milk origin) isolates were evaluated as S. aureus. However, none of the staphylococcal enterotoxin genes 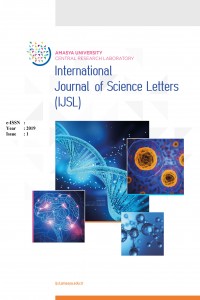