The mysterious passages known as caves between the earth and the underworld are important geological forms that can be investigated for several astonishing facts. The caves that we define as cavities or gaps into which a person can enter are usually visited by people for several different purposes. Caves are important for studies on environments in terms of biology and geology due to their extreme conditions. In Turkey, there are about 35.000-40.000 caves, most of which have not been mapped or scientifically explored. The mechanisms by which living creatures survive in these cave environments, adapt to the extreme conditions, and develop for survival have been the topics of research. Microorganisms and physical factors are responsible for the occurrence and formation of different geological forms such as stalactites, stalagmites, and cave pearls in these extreme environments. This fact makes the caves more interesting in terms of their microbiology. Studies on cave microbiology have been aimed at exploring the functions of these microorganisms and new ones unique to the cave habitats. On the other hand, these environment-specific microorganisms carry a great potential to possess new and different enzymes or antimicrobial substances. The discovery of new features and new microorganisms is also important as it adds new information to the science of systematics. The topics on caves and their microbiology, which have been studied by few researchers throughout the world, are less commonly studied in Turkey. The protection of the cave environment while people enter into them for touristic, sports, and scientific causes is of historical and scientific importance. In this context, the protection of caves is an issue that requires caution in obtaining both correct and new results from the environment and the study of caves. Cave sportsmen, researchers, and related authorities must adhere to the rules to protect the unique habitat of each cave and prevent earth-borne pollution from entering into the cave. 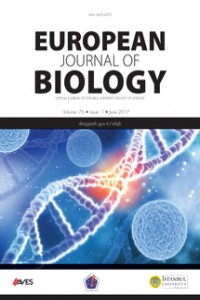