In this study, the regeneration shoot tip and nodal explants grown in vitro conditions of ‘Garnem’ hybrid rootstock were investigated, the effect of different phytohormone and concentrations on obtaining adventitious shoots from different explants was investigated, so an efficient protocol was developed for in vitro regeneration of ‘Garnem’ hybrid rootstock These outputs of the study can be a reference resource for future in vitro and biotechnological studies on the rootstock in question. The differences of PGR in MS medium culture containing node explants infinite (0.5-2.0 mg / l) BA (benzyladenine) were investigated. Upon the research, it was observed that the number of shoots andproliferationwere achieved in explants of nodal cuttings that were taken to culture in MS medium containing 2.0 mg / l BA. It has been determined that the most effective culture medium for the elongation of shoot length is MS medium containing 0.5 mg / l BA, 30 g / l sucrose and 5.5 g / l agar. Shoots growing in length were transferred to a new culture with ½ MS medium 0.5-2.0 mg / l IBA (indole-3-butyric acid) to be rooted. While rooting at a rate of 42.8% was achieved in ½ MS medium containing 2 mg / l IBA, 47.2% of rooted plantlets were acclimatized to ex- vitro conditions. Rooted plantlets obtained under in vitro conditions were transferred to plastic containers with 3 different environments in order to get accustomed to external conditions. At the end of the 8th week, the vitality rates of the plantlets were determined. While the viability rate of the plantlets transferred to the medium containing peat: perlite at the ratio of 1: 1 was found to be 47.2%, the viability rate of the plantlets in the environment containing only perlite was found to be 32.8%, and the viability rate of the plantlets in the environment containing only peat was found as 23.6% 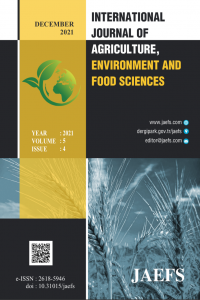