Journal of Aging and Long-Term Care

Abuse of Older Adults: A Study of the Prevalence and Type of Abuse and Its Relationships to Psychological Distress 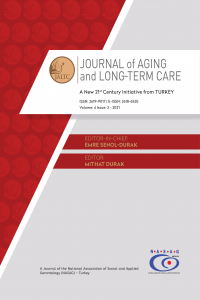 For further assistance and more detailed information about the JALTC and the publishing process, please do not hesitate to contact the secretariat of the JALTC via sending an e-mail: editor-in-chief@jaltc.net

The National and Applied Gerontology Association (NASAG) is a leading non-profit organization in Turkey that promotes healthy and productive aging via evidence-based research. The utilization of multidisciplinary and interdisciplinary research in gerontology is crucial in integrating research, practice, and policy, given the need for evidence-based programming to improve the quality of life in old age. As an advocate for social action for older people, the NASAG is particularly concerned that public policies are strongly and genuinely focused on supporting and protecting the most vulnerable, marginalized, or disadvantaged older people.