This study aimed to explore the challenges of developing a plan for an enrichment program with more focus on the SRL of gifted students. The plan included three phases: preparation, implementation, and development. In the preparation phase, the program was designed and initially applied for evaluation and improvement. The implementation phase included two experiments. The first one, a summer enrichment program, was conducted with an experimental group only. It consisted of twenty male students in the intermediate stage in KSA. The Wilcoxon test was conducted. Results showed statistically significant differences between the pre and post-tests of the experimental group for the SRL. It showed also statistically significant differences between the pre-and post-tests of the cognitive test. The second experiment consisted of twenty male and female students from the eighth grade of the Renzulli Academy in the USA. The Mann-Whitney test for independent groups yielded that there were no statistically significant differences between the medians of the experimental and control groups in SRL. Moreover, the results of the Wilcoxon test showed no statistically significant differences between the medians of the experimental group on the pre-and post-tests of the SRL. During the development phase, the program's presenters were interviewed to investigate the efficacy of the implementations. The results of the interviews revealed clarity and diversity in aspects of nurturing the gifted in the program, which led to a smooth implementation. They also showed some critical difficulties, such as the lack of sustainability and some administrative obstacles. 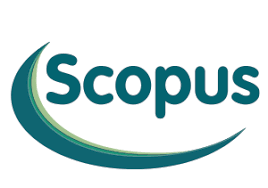