The German Iranologist Oskar Mann made two major expeditions to the East of the Ottoman Empire and Iran between 1901-1906 to study the Iranian languages and dialects. While his first trip through Iran in 1901 lasted two years, the second travel to the Ottoman Empire in 1906 lasted only one year. During both expeditions financed by the Königlich-Preußischen Akademie der Wissenschaften (Prussian-Kingdom Academy of Sciences), Mann regularly wrote letters about the details of the research, particularly to his family, the Iranologist Friedrich Carl Andreas (1846–1930), the orientalist Eduard Sachau (1845–1930) and to the Akademie der Wissenschaften. In addition to intensive philological research in the field, Mann also collected manuscripts and sent them to his sister Marthe Mann for protection. By using the philological materials he brought with him to Berlin, he was able to publish three of the four-part book series called Persische und Kurdische Forschungen until 1910. Examining Mann's Ottoman letters (1906-1907), this study, firstly discusses his first encounter with the Zaza language and secondly investigates how he classifies it among Iranian languages. 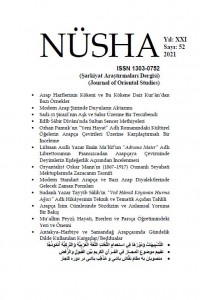