Turkish Journal of Science and Engineering

Colorado potato beetle Leptinotarsa decemlineata (Say) (Coleoptera: Chrysomelidae) is an important pest that can develop resistance to insecticides. In this study, imidacloprid and deltamethrin resistance levels were determined in ten Colorado potato beetle (CPB) populations collected from Afyonkarahisar province, which is one of the important potato production areas in Turkey, during the season of 2018. The third instar larvaes and topical application method were used in the bioassay experiments. For each experiment, five different concentrations of the insecticides were prepared by several dilutions of distilled water. Concentrations were applied to the thorax region of the larvae as 1 µl by micropipette. Only distilled water was applied to the control. The dead live counts were made after seventy-two hours and LD50 values of the populations were determined. Resistance ratios of imidacloprid and deltamethrin were calculated by the ratio of LD50 values of field populations to LD50 of susceptible population. Resistance rates determined for imidacloprid in Sandikli-1, Sandikli-2, Sandikli-3, Suhut-1, Suhut-2, Suhut-3, Dinar, Central, Bolvadin, Emirdag populations are 3.96, 7.43, 11.33, 14.33, 27.31, 25.08, 9.12, 2.34, 7.46, 8.72-fold, respectively; and 25.86, 36.50, 35.09, 60.11, 77.17, 72.82, 40.07, 9.41, 45.86, 56.59-fold, respectively for deltamethrin. As a result, high insecticide resistance was determined in CPB populations collected from potato production areas in Afyonkarahisar province. It is thought that insecticide resistance management protocols should be implemented in CPB control in these areas. 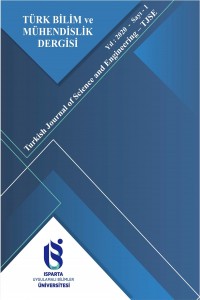