With the increasing world population, the interest in renewable energy sources has increased in order to reduce the decrease in petroleum and its derivatives products used for energy production, and to minimize the damage caused by gases such as carbon monoxide and methane gas, which are produced as waste from these products. Examples of renewable energy sources are wind, fuel cell and solar panels. In the article study, in solar panel systems, Maximum Power Point Tracking (MPPT) with Direct Current (DC) converter and The Perturb & Observe (P&O), Increasing Conductivity and Particle Swarm Optimization (PSO) algorithms were designed in MATLAB/Simulink environment and simulation studies at variable radiation values has been carried out. As a result of the simulation studies, it has been observed that the PSO MPPT algorithm oscillates less at the variable radiation values at the maximum power point and reaches the maximum power point faster than the P&O and Increasing Conductivity algorithms. 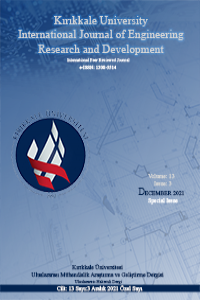