The aim of the present study was to investigate the physical, chemical, and sensory properties of traditional sepet cheese samples which were packaged under different modified atmosphere conditions (MAP). All properties of the Sepet cheese samples were analyzed at the 1st, 45th, 90th and the 180th day of the storage period at +4°C. In packaging of the cheese samples, three different modified atmosphere packaging conditions were applied. The cheese samples were packaged into polystyrene packages containing 100% nitrogen, 80% nitrogen + 20% carbon dioxide or 100% carbon dioxide. According to the results obtained from statistical analyses, a significant difference was obtained by Modified Atmosphere Packaging (MAP) of Sepet cheese samples in terms of dry matter %, fat-in-dry matter %, salt-in-dry matter %. Examining the sensory properties including mass and texture, appearance, flavor and odor statistically, it was determined that there was a significant difference between the packaged Sepet cheese samples containing 100% CO2 during storage period. In general, it could be said that Sepet cheeses that were only packaged under different modified conditions containing 100 % nitrogen or 80% nitrogen + 20% carbon dioxide provided a better protection in terms of  physicochemical and sensorial properties. 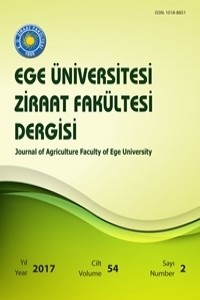