CHEMICAL COMPOSITION OF THE FIXED AND ESSENTIAL OILS OF NIGELLA SATIVA L. FROM TURKEY

Nigella sativa L. is an annual herbaceous plant which has medicinal and culinary uses.  The seeds and extracts have antioxidant and antimicrobial effects. Besides, the seed oil is rich in unsaturated fatty acids. This research was conducted to determine the essential and fixed oil components of ten Nigella sativa populations in Eskisehir ecological conditions. Besides, yield component were also studied. Ten population were used in the research. The experimental design was randomized block design with three replications. 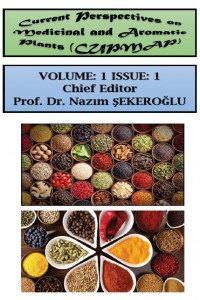