In production of forest products, it is important to produce high quality timber with maximum economic value while considering current market demands. After felling, trees are limbed, barked, and bucked.  Bucking stage is critical to increase economic gain in timber production. The process of dividing a tree into sections with respect to required quality classes is called bucking. Optimum bucking is cross-cutting of a tree into the sections that maximize the total economic value. Previous studies indicated that optimum method potentially increases economic value of the forest product up to 10% or more. On the other hand, optimum bucking requires large number of bucking combinations that can be quickly generated by computer-assisted methods. Some of these methods may include network analysis, dynamic programming, and heuristic techniques. In Turkey, bucking is generally performed based on loggers’ experiences without using any scientific approach. In this study, dynamic programming based optimum bucking method was implemented to maximize economic value in tree bucking. The bucking application was evaluated in a selective cutting of Yellow Pine (Pinus sylvestris) trees in the city of Bolu. The optimum bucking approach was compared with traditional bucking method, and the approximate contribution of using optimum bucking approach was computed. The results indicated that using optimum bucking method increased the total value of harvested trees by 8.7%. It was also revealed that performance of optimum bucking method is mainly influenced by log lengths and diameters. 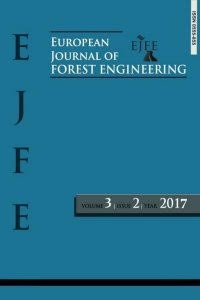