The purpose of this study is to prove the equitability of pre and post-tests with the Rasch Model and to provide the observability of individual and interindividual ability changes by evaluating the equated tests with stack analysis within the scope of the Rasch Measurement Theory. The pre-test and post-test data that are applied in this study were derived from the project named A Model Proposal to Increase Turkey’s Success in the field of Mathematics in International Large-Scale Exams: Effectiveness of the Cognitive Diagnosis based Monitoring Model No. 115K531, which started on 15/11/2015 and was supported by the TUBİTAK SOBAG 3501 program. The tests were analyzed with the Rasch model, and the fit of the data to the Rasch model was evaluated, and then the Rasch Model and the Separate estimation-Common person method were applied for equating process. Lastly, individual and interindividual ability changes were observed by applying the stack analysis method with the Rasch model. As a result of the analysis of pre and post-tests with the Rasch model, it was concluded that they meet the requirements of the model. As a consequence of the equating process, the equitability of pre-test and post-test was proved, and it was observed that the individual and interindividual ability change could be evaluated by analyzing the pre-test and post-test data with the stack analysis method. 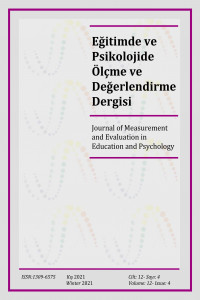