The article investigates if there are some converging lines between Turkish foreign policy under the Adalet ve Kalkinma Partisi (AKP) and the European Union (EU) common foreign, security and defense policies. Starting from an overall presentation of how Turkish main insecurity perceptions have so far shaped its foreign policy, we proceed to scrutinize the ambivalent attitude towards the EU which emerged during the AKP period. Despite the concerns raised by Neo-Ottomanism, Islamism and by the “Eurasian shift’, Turkey has provided a remarkable contribution to several Common Security and Defense Policy (CSDP) missions. Moreover, Turkey shares some of the same aims envisioned by the EU, such as the stabilization of Western Balkans. Therefore, we argue that there is already a common ground for a strategical involvement of Ankara in the future EU missions, for instance within the recent framework of Permanent and Structured Cooperation (PeSCo). Some Western Balkans countries (like Bosnia and Kosovo) would reap benefits from Turkish contribution, thanks to its historical and religious legitimacy. 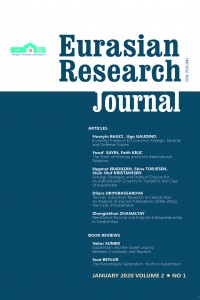