Methods: Patients who underwent TKA from May 2015 through September 2015 according to their postoperative pain protocol were compared. The patients who received bupivacaine by periarticular infiltration (PAI group) and intraarticular infusion (IAI group) were included in the study. Patients also received a treatment through intravenous patient-controlled analgesia (PCA) device. The frequency of patients’ bolus need and the tramadol dose used via PCA device, Visual Analogue Scale (VAS) scores and clinical evaluation as active knee flexion at the postoperative 3th day were obtained from the patient follow - up forms and records. Side effects related to narcotic analgesic medications were also obtained.

Results: The study included 90 patients, of whom 46 were in the PAI group (median age, 65.5 years; females, 82.6%) and 44 were in the IAI group (median age: 65.5 years; females, 81.8%). The VAS pain scores assessed at various postoperative time points and tramadol consumption were usually lower in the IAI group than in the PAI group. No difference was determined between the groups regarding the 3th-day VAS scores in flexion and in terms of analgesia-associated side effects. 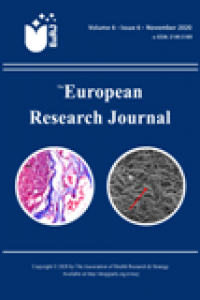