Methods: Forty-nine eyes of 30 patients were included in the current study and were divided into two groups: 23 eyes with moderate and 26 eyes with severe glaucoma defined by Hodapp-Parrish-Anderson grading system. Pearson’s correlation coefficients were used to evaluate the correlation between the indices of AP including mean deviation (MD) and pattern standard deviation (PSD), and structural parameters of the retinal nerve fiber layer (RNFL) and optic disc acquired by using three devices in both groups.

Results: In moderate glaucoma OCT and GDx measurements were not correlated to MD only the exception of inferior RNFL (r = 0.57, p = 0.007 and r = 0.52, p = 0.008, respectively). Mild to moderate correlations were calculated between the structural parameters of HRT III and AP indices. In severe glaucoma, the most correlated measurements were obtained by OCT compared to the other devices. The correlations for MD were more powerful compared to PSD. Parameters based on the study of the RNFL showed stronger correlations than those of the optic nerve head. No devices showed significant correlations in patients with MD less than -12 dB.

Conclusions: OCT measurements showed the best correlations with the AP indices in both moderate and severe glaucoma patients. However, AP still seems to be more effective in the follow-up of glaucoma progression in more advanced glaucomatous damage. 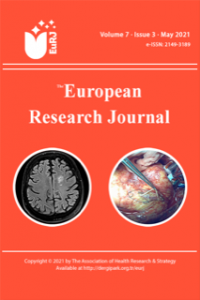