With the transition to the information society, lifelong learning and different learning resources have gained importance, expectations from higher education have increased and changed, and universities all over the world have become the focus of attention. In addition to this increasing interest in universities, criticism has also begun and it has been frequently emphasized by the business world, academics, policy makers and students that the end of the classical university has come. In this process, as a result of the massification, globalization, marketization of universities and the increase in emphasis on quality and performance in higher education, the demand for measurable and comparable data on the positions of universities has increased, and as a result, both international and national level ranking and rating systems have emerged. Researches, studies and theses on higher education ranking and rating systems have generally focused on the ranking of individual higher education institutions and universities, and the rankings that deal with and examine the general higher education systems of countries have not been emphasized much. In this study; U21 Ranking of National Higher Education Systems and QS System Strength Rankings, which are among the global higher education ranking systems, were discussed, the methodologies they used were examined and compared in detail, their similarities and differences with other international ranking and rating systems were discussed, and the evaluations of these systems were shared. What is more, the position of Turkish higher education in these systems from the past to the present was mentioned, the change in the process was discussed and evaluations were made. The study is expected to draw attention to the state of higher education systems as a whole and the rankings carried out in this direction, and to present a different perspective to policy makers and higher education researchers. 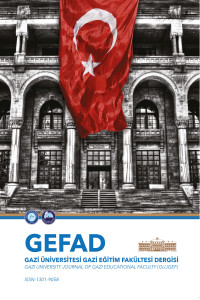