Sonar is used to determine the size, distance, direction, and other object features using sound waves. It is widely used in submarine mining, oil exploration, submarine mapping, tracking fish shoals, and mine detection. In Machine Learning (ML) research, feature extraction, selection, algorithm selection, and hyper-parameter optimization, which should be used to identify and classify sonar signals, are seen as scientific problems studied for many years. In this study, instead of commonly used ML algorithms and feature extraction processes, three different mathematical transformations were suggested to classify the underwater objects as an innovative approach. This novel approach applied on a data set in time-series format, data has been transformed from one-dimensional data to a two-dimensional format and a simple channel merging technique was applied to create a new image joining these images. The methods' performance was measured by the classification results of mines and rocks using deep learning algorithms on the sonar dataset. Moreover, the performance results obtained with deep learning, compared with the classical algorithms. Finally, confronted with other studies in the literature, it has been seen that the proposed time-series data-to-image transformation with a channel-merging approach eliminates the need for feature extraction and achieves superior results against the others. 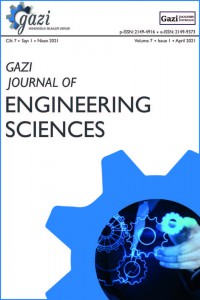