An energy system affordable plan selection using renewable energy is a significant problem for designing and manufacturing these systems. The fault detection and thermoeconomic diagnosis in the combined solar Rankine cycle and multi-stage flash (MSF) desalination system is analyzed. In the suggested energy system, the linear parabolic solar collector is utilized as a heat source for the organic Rankine cycle, the domestic hot water, and the multi-stage-flash desalination system. First, the energy balances and exergy analysis are implemented in the considered system, the energy value and exergy parameter are calculated. The exergy cost parameters are calculated for all parts and streams with the thermoeconomic and exergy cost accounting investigation. Finally, the thermoeconomic diagnosis is performed, and the malfunction of each component is evaluated, and the effect of each component's irreversibility on the other part is investigated. Results show that the linear parabolic solar collector has the maximum malfunction. Still, the condenser in the organic Rankine cycle is the most effective component on irreversibility increment among its counterparts.. 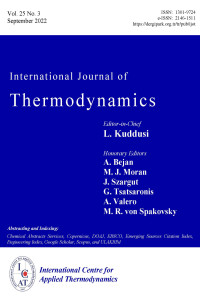