International Journal of Quality in Education

RELIABILITY AND VALIDITY STUDY OF THE SELF-CONFIDENCE SCALE

Each person can have confidence in certain areas. If a valid and reliable measurement tool is prepared and the self-confidence of the individual is determined, some problems encountered in the training of the person can be solved. Thus, some problems related to self-confidence, which is an important variant of the education system, can be solved; the quality of education can be increased. What is the level of validity and reliability of the self-confidence scale in the research? Search for an answer to the question. The quantitative research method was used in this study. In data collection, 302 students were identified using a stratified sample and these eleven-question measurement tools were given to them. The reliability of Cronbach's Alpha of the eleven substances was calculated and the value of .816 was found. Reliability was calculated on the data and then factor analysis was performed. A Kaiser-Meyer-Olkin (KMO) analysis was conducted to determine the sample size for this. The value obtained by the Kaiser Meyer- Olkin test for the sample size is .794. Bartlett's test was used to determine the factorability capacity. Then, using the varimax rotation technique, it was determined how many of the basic components and variances were explained. According to the results of factor analysis, variables can be collected in three dimensions, as it explains 53,230 of the scale which is studied on. Looking at the Table of Total Variance Explained, it may not be possible to achieve a healthy decision without developing the scale. Therefore, the factor structure of the scale has been studied. The Scree Plot graph was discussed. Because of the large difference in the first three values, they were considered factors. The differences between the others because it is small and close to each other, were not considered a factor. The scale was finalized. 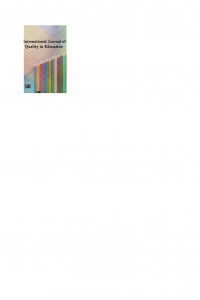