Labour Debates in Studies on Digital Media Platforms: An Evaluation through the Lens of Political Economy

In recent years, there has been an ongoing debate in the academic literature concerning the users of digital media platforms. While mainstream studies seek to identify the needs of users that social media platforms such as Facebook, Instagram, and Twitter meet, critical studies seek to study digital media users to make sense of and reinterpret Marx’s theory of the labor process in a digital context. In their conceptualizations of immaterial or knowledge labour, critical studies argue that users contribute a form of productive labour, a form of “productive consumption,” but in doing so these studies depart significantly from traditional Marxist notions of labour, commodity, production, and consumption. This article focuses on the necessity of reconstructing the links between the traditional concepts of political economy and the new definitions and interpretations emerging from critical orientations in the analysis of digital media platforms. 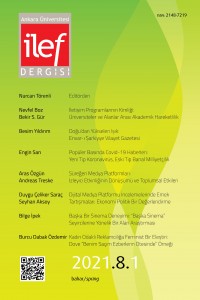