Noir Than Ever: Crime Drama as the Popular Genre in Turkish Streaming Services

The article focuses on the original series of Turkish streaming services Blu TV and Puhu TV released between 2017 and 2020 in terms of genre, and aims to discover their differences from the traditional television series having highly conservative narratives. After identifying that the crime drama genre is primarily preferred by these services, the ideological approach of genre analysis is adopted to study four series which are Masum (Innocent), Bozkır (Steppe), Şahsiyet (Persona), and Dip (Base). It is found that all four of the series share a common pessimism in a social context which is created by representing the evil as omnipotent and all members of the society as more or less victims. In addition, depicting the status quo as unchangeable strengthens the emphasis on -no escape- in general. It is possible to criticize these narratives for normalizing dysfunctional legal system, and neutralizing the prospect for improvement. In conclusion, the article claims that what these new series offer are far from being progressive, despite the freedom of their medium 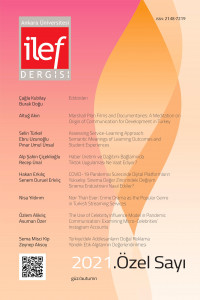