Technological advances cause continuous changes in every aspect of life as well as changes in everything people follow, consumption habits, expectations and life experiences. With the transition of computer systems to Web 2 after Web 1, social media emerged and soon reached a significant number of users in the world. In this context, developing technology has introduced humanity to artificial intelligence and has revolutionized the world. The development of robot technologies has brought many inquiries. The situation has become even more understandable, especially with the gradual introduction of robots into people's lives. In this study, the robot Miquela Sousa, which is called the social media phenomenon in Instagram, which is a social media tool, is focused on the representations of robots. In this study, the effects of the emergence of robots with the Sousa example on the world have been tried by using the Simulation and Simulacra point of view expressed by Jean Baudrillard. This research aims to understand the positions of robots in the world and their future situations. According to the results of the study; In social media, which is seen as a simulation environment, it is predicted that robot influencers will increase over time and robots will be seen as a human. 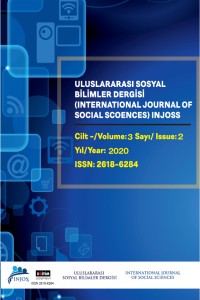