The use of private military and security companies by states, particularly by those in the Middle East and Africa (MENA) region, has remarkably increased in the last decade. With the exponentially increasing use of private military and security companies, an important question arises: Why have many states started to prefer outsourcing one of their essential functions which is the monopoly on the use of force? Apparently, they have some good reasons such as cost efficiency, political non-liability or quicker and more qualified military service procurement. However, with the exponential proliferation of the private military and security companies (PMSCs) as the new actors of the “battlefield”, the accustomed rules of war have been changing, and still there are some uncertainties about how to regulate these new actors’ status and activities, which may often not be in compliance with the principles and norms of the international humanitarian law. To address these uncertainties, in this paper, the legal framework regarding the PMSCs will be examined. However, the examination will specifically be through the prism of international humanitarian law (IHL). By doing so, it is aimed to identify some remedies for the legal status problem of the PMSCs in this field of international law. 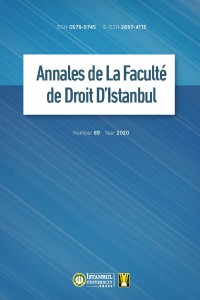