Development and Validation Study of a General Self-Efficacy Scale

Self-efficacy measures might be used for different purposes. However, self-efficacy scales rely on their respective cultural values. For that reason, aim of this study was to create a new self-efficacy scale (SES). The Self-Efficacy Scale (SES) was prepared with 27 items. Prepared SES consisted items with likert type. Sample of the study consisted of 271 university students. Principal axis factoring with orthogonal rotation (varimax) was used for exploratory factor analysis. Parallel analysis was used to determine the number of factors. Items with low reliability coefficient and low factor loading values were omitted from the SES. Factor analysis with same procedure was reconducted and SES emerged with one factor and had 14 items along with Cronbach’s alpha =.908 reliability value. A confirmatory factor (CFA) analysis was carried out with data which was obtained from a different sample (N=198). Thus total sample of the study was 469. SES model was approved by most common fit indice values. Finalized SES consisted of 21 items with seven (7) filler and nine (9) reverse coded items. It was decided that created SES might be used for cultures which have similar values. 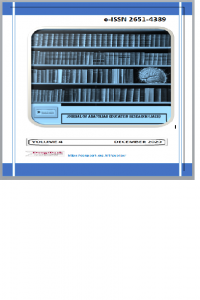