The Yalvaç-Gelendost basin covers a very large area within the drainage area of the Eğirdir Lake which is the second largest freshwater lake of Turkey. Spring waters are used for drinking water purposes in almost all residential areas in the basin. In this study, the hydrogeochemical and quality properties of the waters used especially as drinking water in the basin were investigated. According to the results of the analysis carried out in the basin from the spring and well waters in the period of October-2019, Ca-Mg-HCO3, Mg-Ca-HCO3 and Ca-HCO3 water types were determined. Ca and HCO3 ions are dominant and it has been determined that the aquifer environment may be rocks such as alluvium and limestone and sandstone. The increase in Mg is related to Kurucaova formation consisting of dolomitic limestones and Göksöğüt formation consisting of conglomerate, sandstone, claystone and marl units. In the study area, major ions, nitrogen derivatives (NO2, NO3, NH4) and heavy metal (As, B, Ba, Cr, Cu, Mn, Pb, Zn) contents of the waters were found to be within drinking water limit values. The F element is above the limit values in only one example. In addition, different chemical ratios and graphics depending on the major ion contents were used to evaluate the usability of water as irrigation water. According to these parameters, it has been observed that groundwater is suitable for use as irrigation water. 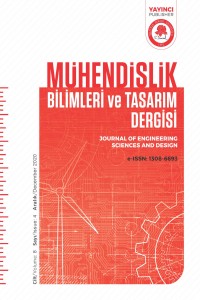