In this study, CBR and Shear Vane tests, which are common test methods used in determining the bearing capacity and shear strength of the highway pavement subgrade material, were applied and the effect of the changing water content on the test results was investigated. It is aimed to determine the accuracy of these expressions by obtaining the bearing capacity parameters of the subgrade material with different water contents from laboratory experiments and comparing the results obtained with the empirical expressions in the literature. Shear strength and CBR values of five samples prepared at 15%, 16%, 17%, 18%, and 20% water contents were obtained experimentally. The experimental results obtained and the results calculated using the correlations found in the literature were compared. As a result of the study, the shear strength values obtained from the shear vane test, which is recommended to be preferred in terms of ease of application, were used in the selected correlation relations and CBR values were calculated. By comparing the experimental and calculated CBR values, the approximation accuracies of the existing correlation expressions were presented and it was seen that it was possible to find the CBR value with a maximum accuracy of 90%. In addition, this study presents a new correlation that gives the relationship between shear strength and CBR using the data obtained from the experimental results. With the new equation created; After the shear strength value was obtained experimentally, it was seen that the CBR value could be found with 96% accuracy. 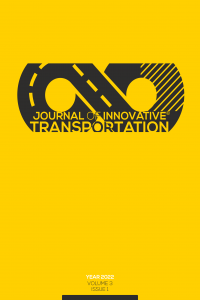