Bee venom from honey bees (Apis Mellifera L.) is known to have many pharmacological and biological properties. Melittin, a peptide consisting of 26 amino acids, is known as the main component of bee venom. The study aims to develop a rapid capillary electrophoresis method for separating and quantifying melittin in honeybee venom. Since melittin is a basic peptide, it will adhere to the capillary wall during separation. Two different methods were developed in this study for the capillary electrophoretic separation of melittin. As a first approach, a low pH buffer system was used. For the second approach, the capillary column was coated with a positively charged polymer (PEI). With both methods developed, the migration of melittin in the capillary was achieved by preventing wall adsorption. Melittin migrated in 6 min when the low-pH buffer system was applied, whereas its migration time is longer than 10 min in the PEI-coated capillary column. Thus, a low-pH buffer system was preferred for the analysis of the actual bee-venom sample. 100 mmol L-1 phosphoric acid/sodium dihydrogen phosphate system at pH 1.55 was chosen as separation buffer. As a conclusion, a fast and reliable method was developed for the determination of melittin in honeybee venom. The method was applied to an Anatolian bee venom sample to highlight the melittin amount. The melittin amount was found as 24.5 ± 3.4 g 100 g-1 in the bee venom sample. 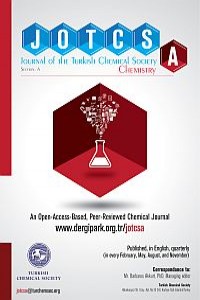