Istavris as the Crypto Christians of the Ottoman State and Propaganda

The Conquest of Trabzon by Muslims in 1461 triggered the religious conversions within the city. However, even if some Christians in the city seemed to have chosen Islam, they maintained their own beliefs in a secret manner. This community who kept their faith a secret lived in the region of Maçka and its vicinity which had been the centre of Christianity for a long time and the place where Sümela Monastery is located on Trabzon–Gümüşhane historical road. The same situation was seen upcountry in Gümüşhane sanjak alongside Krom and Istavri villages in Torul district known by their mining activities. The Istavris who had lived in the region then migrated to the Akdağmadeni region of the Sanjak of Yozgat in the Ankara Province and continued their double faiths there. This community, which had been Muslim and crypto Christian for many years declared that they would return to their old beliefs, Christianity, in the wake of the encouragement that came with the rising Russian influence in the region, the intervention of Western states as well as the Edict of Gülhane and Edict of Reform that gave freedom to Ottoman citizens to practice their own faith. This matter, which had been taken advantage by the Western states as a propaganda tool to interfere in the internal affairs, kept the agenda of Ottoman State occupied for a long time. Especially at the end of World War I, the Istavris question was also addressed in the Paris Peace Conference, where the Greek side used it as a propaganda tool. After the successful end of the War of Independence for the Turkish side, this issue fell of the agenda with the immigration of crypto Christian community from Anatolia because of the Exchange Agreement signed between Turkey and Greece. 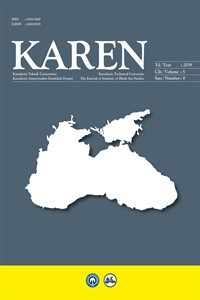