Anaplasmosis in dog is caused by Anaplasma phagocytophilum, a gram-negative, mandatory intracellular bacteria. Although this bacterium is not contagious, it is transmitted through vector tick. Clinically, the acute bacterial phase is the most common in dogs. Animals with clinical disease due to acute infection often have vague symptoms of the disease, including fever, drowsiness, weakness, loss of appetite, and muscle pain. Hepcidin, on the other hand, is a peptide hormone and also plays a role as a type II acute phase reactant and regulator of iron metabolism. The aim of the study was to evaluate the relationship between hepcidin and some anemia parameters in Anaplasma phagocytophilum seropositive dogs and to learn about the use of hepcidin as a biomarker. Our study group was composed of 20 positive Anaplasma phagocytophilum dogs, and our control group consisted of 10 healthy dogs. In both groups, complete blood counts were performed. Hepcidin, iron, ALT, AST and ALP values were also measured in serum samples collected. As a result, hepcidin values between the two groups were statistically significant (p<0.05) and it was concluded that hepcidin could be used as a biomarker in the diagnosis of anaplasma infection in dogs with other parameters. 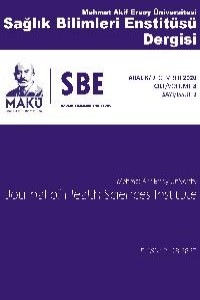