The Qur’ān has been systematically interpreted since the early times and its interpretation process (tafsīr) is still continuing. One of the most important aspects of the tafsīr is the use of the right bases to reach the correct meaning. For this reason, one of the methods taken into consideration in the science of tafsīr is the interpreting the Qur’ān with the Qur’ān itself. Today, this method is discussed as one of the tafsīr procedure issues and Ibn Taymiyyah is emphasized in determining the phenomenon. However, the same method also stands out in the tafsīr of his contemporary al-Safadī called Kashf al-asrār wa hatqu’l-astār and is applied systematically. In his tafsīr, al-Safadī made statements about the absolute clarification that the verses in need of declaration were explained in the Qur’ān and gave few places to the narratives. Because of these, the rule has a special importance in his tafsīr. In this study, al-Safadī’s explanations about the method, whether it is of absolute nature, the application styles of it had been examined and had been evaluated. First of all, the explanations of other commentators about the existence of the method in the tafsīrs before him had been determined in order to see better the position of al-Safadī in this respect against other commentators. Therefore, it had been aimed to contribute to the discussions by putting forward al-Safadī’s views on the subject. 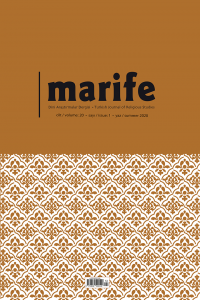