The population of Pinna nobilis (Linnaeus, 1758) has been severely damaged, especially by the effect of the disease, in addition to the causes such as fishing activities, overexploitation, environmental pollution, habitat degradation, tourism, and human impacts. Particularly, Haplosporidium pinnae caused gigantic destruction in the P. nobilis population. Accordingly, the present study aimed to determine the current status of the P. nobilis populations in the Çanakkale Strait. Samplings were carried out between July and August 2020 at 9 different stations in the Çanakkale Strait. The results revealed that mass mortality was observed at the two stations (Abide Beach and Kumkale Village Beach) located near the Aegean Sea. On the other hand, it has been determined that the lowest mortality rate (9.62%) has been found at Ilgardere station. Juvenile individuals have been observed in healthy and uninfected populations with high survival rates. This paper is the first document on the spatial distribution of P. nobilis in Çanakkale Strait. Therefore, the P. nobilis population should be continuously monitored to ensure the sustainability of the species. 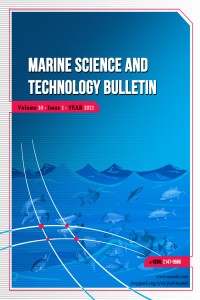