The population of fan mussel, Pinna nobilis across the Mediterranean Sea has been affected by factors such as overfishing, fisheries processes, environmental pollution, destruction of habitat, tourism, etc. Therefore, the species P. nobilis was taken under protection by the Decisions of the Council of Europe and Barcelona Convention. However, its mortality rates of 100% have been reported to be due to Haplosporidium pinnae, a parasite in different Mediterranean regions. The status of P. nobilis has thus been revised to be reduced from “Vulnerable” to “Critically Endangered” and the importance of all the studies on the species further increased. The aim of the study is to present the current status of P. nobilis, the native to the Mediterranean, by combining the relevant studies on ecology, aquacultural process (larvae, spat settlement and rearing), culture methods and transplantation. The present study has provided comprehensive knowledge on the current status P. nobilis population, aquaculture and transplantation activities. Except for studies to determine stocks, in particular, those on collecting young individuals from nature and planting and growing them in predetermined sites as well as their production through various cultures from their larval phase onwards are of great importance in terms of rehabilitation and sustenance of the damaged P. nobilis population. Therefore, alternative and potential habitats should be created thanks to transplantation and aquaculture. Marine protected areas should be determined to enable a healthy P. nobilis population to be sustained. 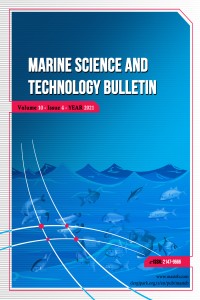