MODELING, FORECASTING THE CRYPTOCURRENCY MARKET VOLATILITY AND VALUE AT RISK DYNAMICS OF BITCOIN

Bitcoin volatility was investigated with various symmetric and asymmetric models in the study. In addition, value at risk (VaR) was calculated by using the Kupiec LR test and the error prediction performances of the models were compared. As a result of the work, the long memory of volatility in Bitcoin returns was found. It means the cryptocurrency market is not efficient. According to the FIAPARCH asymmetric model, it was determined that positive information shocks reaching the Bitcoin market increased volatility more than negative information shocks. Comparing the error prediction performance of the models by calculating VaR, the HYGARCH model prediction results were found to be superior to other models included in the study. Thus, it was determined that the most suitable model in predicting the volatility, namely the risk of Bitcoin in short and long positions for those who consider investing in Bitcoin, is the asymmetric model HYGARCH. 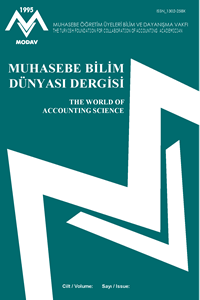