Journal of Experimental and Clinical Medicine

A new review of seizure types in psychogenic non-epileptic status

While the incidence of non-epileptic psychogenic seizures (PS) is 1.5-3/100000 in community, the prevalence of PS varies between 2-33/100000. The ratio of PS was reported 5-20% for epileptic patients in community and it was reported 10-40% in epileptic centers. Approximately 20% of patients, who applied to epilepsy centers because of drug resistance seizures, were diagnosed and reported as a PS. In 2005, 2009 and, as the last time, 2010, International League Against Epilepsy (ILAE) divided the status seizure types into two main groups as generalized onset and focal onset. It was categorized by subgroups as generalize convulsive status (tonic-clonic, tonic, clonic and myoclonic), generalize non-convulsive (absence) status, partial status and complex partial status by considering both EEG and clinical observations. In this study, we wanted to discuss the psychogenic non-epileptic status (PNE-status) types in our cases which are not elaborated in literature. 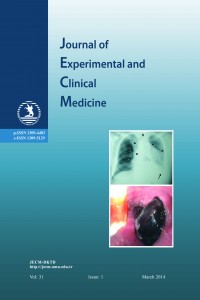