The aim of this research is to understand how international organisations (IOs) shape the politico-sociological structure of the nation-states in the age of neoliberal globalisation. IOs have become the most dominant actors of the liberal international order in the post-war era. This article specifically focusses on the Bretton Woods (BW) institutions, namely International Monetary Fund (IMF), the World Bank (WB), and the World Trade Organisation (WTO) and their impact on the political sociology of the sovereign states. This article argues that the IOs, especially the BW institutions, eventually shape the political sociology of nation-states in two ways. First, it changes the ideological structure of the country, and second it increases the authoritarian tendencies in these countries. To analyse the paradigm, this research studies the Turkish case vis-à-vis its relationship with the IMF since the 1960s. On the ideological side, the BW institutions involvement in the Turkish political economy cause the rise of political Islam since the 1980s. For the authoritarian tendencies, the relationship with BW institutions increased the level of authoritarianism, and as a matter of fact, it even triggered the coup d’état in 1980. 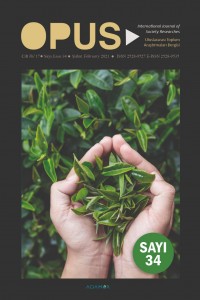