Comments on “Interaction between archeological site and geomorphology: a case study of the lower Garzan Basin” (Turkish Geographical Rewiev, June 2021, 77, 195-210) about the publication prepared by Sarıaltun

In this study, an article published on “the interaction between archaeological settlements
and geomorphology” in the section of Yanarsu (Garzan) Stream basin between İkiköprü and
the Tigris River was evaluated. Yanarsu Stream is one of the important tributaries of the Tigris
River and located in the east of the Diyarbakır Basin. Wide terraces were formed in the
lower basin of this stream, which is in the Diyarbakır Basin. These terraces were used by archaeological
settlements due to their high agricultural potential and the availability of water
resources. In his article on “The interaction between archaeological site and geomorphology
in the Lower Garzan Basin”, Sarıaltun (2021) evaluated the terraces in 4 steps as GT1 (30-40
m), GT2 (+10-20 m), GT3 (+5-9 m) and GT4 (+1-4 m). Sarıaltun also states that he carried out a
100-day detailed geomorphological field study in the Lower Garzan Basin. However, we think
that Sarıaltun’s (2021) opinions, comments and findings on the basin classification, method,
geology and geomorphology contain mistakes. The most important of these mistakes is the
classification made about the terraces. Because the results of our geomorphological observations
and researches in the same basin and the results of Sarıaltun (2021) are completely
different. Tangible evidence has been presented under the following headings regarding incorrect
assessments, especially on the geomorphological issues. In addition, the geomorphological
features of the terraces of Yanarsu Stream were briefly summarized. Thus, we consider
that the mistakes related to the classification of the terraces will be corrected. 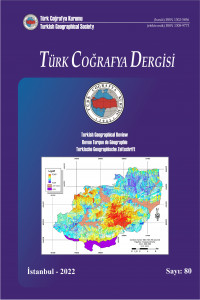