The issue of Imamat has continued to be the subject of debate since the early period of Islam to the present. The Imamat, which has been discussed around issues such as necessecity of the imam, foundations of the imam, the qualifications that should be found on imam, the legitimacy of the first four caliphs, the rejection of texts and the assignment issues, dismissal and missing of imam, has been evolved into an important belief principle by the Imamiyyah Shi’ah. Imamiyah Shi’a has seen the imamat, which is actually a jurisprudence and practice issue, as base of faith and believed that it can only be determined by texts and appointment and the imam should have some special qualities, so that Mutazilah and Ahl al-Sunnah have involved to the discussion on the imamat issue.  In this study, firstly the opinions of Imamiyyah Shi’ah on the subject were briefly discussed, then the opinions of Mu’tazila and Ahl al-Sunnah as rejection to the Imamiyye Shi'ah were discussed. As a result, it was found that Mu’tazila and Ahl al-Sunnah are the same in the context of their opinions on the Imamat issue, the evidence they put forward and their criticism of the Imamiyya Shi’ah. 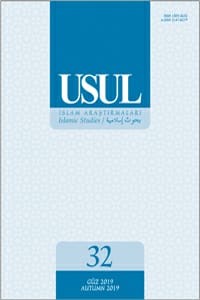