Background: In this study, we aimed to explore the effects of conventional sepsis treatment, including classical antibiotherapy and Immunoglubin (Ig) G-A-M combination (Pentaglobin®), on liver function tests and mortality rate in patients with septic shock. Methods: All patients diagnosed with septic shock and treated with Pentaglobin® in the adult intensive care unit of Suleyman Demirel University Practice and Research Hospital between 2005-2013 were retrospectively examined. Demographic properties, age, gender, intensive care treatment duration, general exitus day, the death rate in the first 28 days, general death-survival period, 28th-day death rate, mortality rate, and diagnosis of cases were recorded. Results: At the end of the treatment, it was found that 35 of the cases died, and 35 were transferred to various clinical wards. The overall mortality rate was calculated as 50% from the obtained data. It was found that 40 patients survived in the first 28 dayswhile 30 patients died. In this study, it was observed that Pentaglobin® treatment had no statistically significant impact on ASTALT-Albumin values and mortality rates. Conclusions: However, early diagnosis of sepsis, early initiation of antibiothearpy, early source control, and timely initiation of appropriate fluid therapy play a key role in the succsess of sepsis treatment. For this purpose, as emphasized in the sepsis 3 guideline, we think that raising awareness by physicians and practitioners in the early diagnosis of sepsis is the most important step in the treatment of this clinical condition. 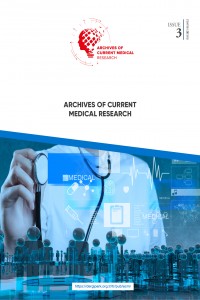