Salinity is considered as one of the most important factors restricting germination parameters including rate and percentage of seed germination in crops. This study focused on the alleviating role of exogenously applied 10 mg/L gibberellic acid (GA3) on barley (Hordeum vulgare L.) seeds during germination under salt stress (120 mM NaCl). Physiological and morphological changes, and differential gene expression at 3 days after imbibition (DAI) were determined and compared with or without gibberellic acid (GA3) under salt stress. Exogenous GA3 was found to increase the shoot and root length of germinated barley seeds under salt stress by 67 and 15%, respectively, compared to those treated with salinity alone. On the other hand, exogenous GA3 treatment significantly reduced ion leakage, osmolyte accumulation, and proline content under salinity. NaCl was found to decrease the expression of the HvABI5, HvABA7 and HvKO1 by 3, 10, and 33 fold, respectively, at 3 DAI, whereas addition of GA3 in root medium rescued the expression of these genes to control levels. Besides, exogenous GA3 significantly promoted the decreased mRNA level of HvGA2ox2 due to salinity during germination. This study may give insight into the relationship between salinity stress and the genes involved in GA3 metabolism and germination. 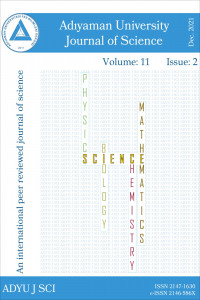