In the process of globalization, the socio-cultural structure, basic values and social accumulations of humanity are being worn out, destroyed and changed. In this process, economy is dominant, technology is the tool. The main purpose is to change socio-cultural values, extensive exploitation. At the same time, people and societies are enslaved and commodified in the name of freedom in the globalization process, where many positive developments and advances have been achieved. Ahmet Yesevi, with his belief, thought, principles and teachings, presented a belief and lifestyle that had effects on different religious and ethnic communities in a wide geography with "wisdom". This effect has continued for centuries. The mentors, scholars and students he trained were successful in many fields from science to art, from military to trade, from politics to culture. The Turkestan Erens were adopted by the inhabitants of the lands they reached, and their "wisdom" was internalized. Globalization has made people an individual, making them isolated while strengthening their ego and self, and has made them "slaves" in the hands of matter, money, pleasure and pleasure in the name of freedom. “Yesevi Wisdom”, on the other hand, saw man as an “honorable servant”. Yesevi Wisdom saw man as a servant to the Creator, as a personable and wise being. Yesevi Wisdom is Global Wisdom. Yesevi Wisdom, which contains messages of all kinds of colors, races and languages, to members of the religions of Asia, Europe, India, Turkestan, Anatolia, Middle East, Balkans, Christian, Jewish, Hindu, Buddhist, Pagan, Shaman, Zoroastrian, Magi, black and white, yellow, slant-eyed. is Global Wisdom. In our age, Global Wisdom is a necessity for the future and peace of humanity and the earth. The source of this wisdom will be the source of Yesevi Wisdom. 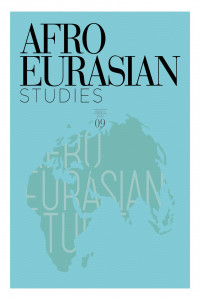