In the present study digenean parasite faunas of four labrid fishes, Symphodus tinca, S. rossali, S. cinereus and S. ocellatus were investigated and compared. A total of 52 fish specimens were caught on the Black Sea coast near Sinop, Turkey, over two years. Eight digenean species were found in the four labrid fishes. These are Helicometra fasciata, Gaevskajatrema perezi, Proctoeces maculatus, Phyllodistomum crenilabri, Galactosomum lacteum, Condylocotyla pilodora, Metade-na pauli and Opecoelidae gen. sp. Each digenean species on their respective hosts were counted, their prevalence, mean intensity and abundance values were determined. While the maximum parasite diversity was found in S. tinca, S. ocellatus was infected with the fewest parasites. Total parasite abundance was significantly high in S. roissali, which was infected with four species. A close resemblance was observed in the digenean parasite faunas of S. tinca and S. roissali. The core, secondary, satellite, and rare species in the digenean parasite community of each host were determined. This study contains the first data on the digenean parasites of labrid fish on Turkish Black Sea coast. Phyllodistomum crenilabri and Metadena pauli are new parasite records in Turkish fish parasite fauna, while Condylocotyla pilodora is a new parasite record for the labrid fishes. 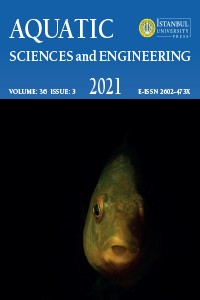 This is an open access journal which means that all content is freely available without charge to the user or his/her institution. Users are allowed to read, download, copy, distribute, print, search, or link to the full texts of the articles, or use them for any other lawful purpose, without asking prior permission from the publisher or the author. This is in accordance with the BOAI definition of open access.